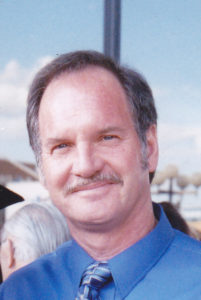 J. B. Hohner studied physics and engineering in college.    After learning that gravity was an unresolved area of physics  he became intrigued and has pursued a lifelong interest and dedication to researching “gravity.”  Issac Newton developed the fundamental laws of gravity, however, he always felt his work was incomplete because he never explained how this force was conducted.

In 1915, Albert Einstein extended gravity theory and melded it with his theory of Relativity.  His geometric description of the force of gravity was defined as a curvature of space.  Similar to Newton, he never resolved how the matter of a planet interacted with space to warp it into a curved shape.   Today the theoretical graviton particle is believed to convey the force of gravity.  The physics supporting this interaction is not defined, nor has the “graviton” ever been detected.

Hohner’s research has led to some interesting postulates.  These ideas explain the physics of how the force of gravity may be conducted.  In addition, they are in perfect harmony with Newton’s and Einstein’s theories.   Interestingly, they also offer a geometric solution to “quantum gravity.”

There are many correlations and extended postulates that are born from Hohner’s research.  And most significantly, an experiment is outlined that could easily test the merit of the “dynamic matter” postulate.  The correlations of several empirical data examples support a positive outcome to the experiment.   Several independent  labs, in the spirit of the “scientific method,” are encouraged to perform this gyro experiment.